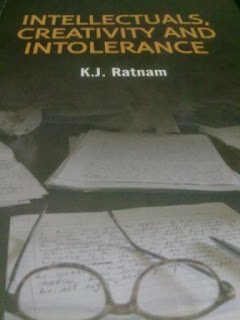 Professor Dato’ Dr Md Salleh Yaapar, the Director of Universiti Sains Malaysia Press, sent a complimentary copy of K J Ratnam’s Intellectuals, Creativity and Intolerance (2010) to Kumpulan Sasterawan Kavyan and it reached me timely on 19 May 2010, as I was in the midst of blogging about interfaith dialogues.
.

This handsomely presented, 96 pages of intellectual thoughts offered in three chapters is a must-read for anyone who knows that s/he is not merely “an apologist” who can be called upon by “those in power” to give justification for their policies.

Call me a pessimist but while indulging in this book, published under Penerbit USM’s Special Publication Series, I could not help but keep visualizing a “certain group” (kumpulan tertentu) campaigning strongly to have this book taken off the shelves immediately.

Correction: not one, but a few groups!

Truth be told, I have never heard of Professor Emeritus Dato’ K J Ratnam, a political scientist who – as the book’s blurb explains – has been an active researcher and has published extensively on topics ranging from Malaysian politics and race relations to social science development, political sociology, education, R&D planning and science and technology policy. Shame on me!

“The idea of writing a book on intellectuals did not occur to me until I started going through my old notes and jottings, to see if there was anything that could still be put together in a reasonably coherent form” is Ratnam’s opening sentence before he takes his readers (people of intellect, nevertheless, mind you) through the world of the intellectual, creativity and culture, orthodoxy, intolerance and power.

Below are selected quotes from Chapter Three of Intellectuals, Creativity and Intolerance which is very much related to (the need for) interfaith dialogues in a “certain country” (negara tertentu):

“For intellectuals, ... tolerance is a value to be cherished in all aspects of life and not something that can be excluded when it comes to the spiritual sphere. ... tolerance towards beliefs other than one’s own, without this having to imply any dilution or abandonment of one’s own religious convictions. An obvious and totally innocuous example of such tolerance would be a willingness to hold interfaith dialogues for the purpose of promoting mutual understanding and cordiality in public life. ... It is one thing to be true to one’s own faith but quite another to denigrate the faiths of others – something that brings no credit to anyone.”

“Tolerant, inclusive Islam, including the treatment of other religions as equals, was also the hallmark of the reign of Akhbar, the great Moghul ruler of .”

“Ultimately, the danger of becoming obsessed with particular sentences in the scriptures and their interpretation is that the larger picture or the primary message of these scriptures gradually gets overlooked. ... Those guilty of this error tarnish the nobility of religion and demean its higher purpose.”

“It also has to be recognised by all religions that mutual tolerance and basic standards of civil behavior are vital in our heterogeneous and interdependent world, and that this would have to involve addressing the problems of inconsistent and even competing interpretations of what is written in their respective holy scriptures. Of particular importance would be those passages that refer to relations with other faiths, a matter on which the advocates of tolerance and intolerance can sometimes both claim textual support.”

“What some religions consider to be special to themselves often turn out not to be so. ... Even religious observances and modes of prayers are far from unique. The shared genealogy of the Abrahamic faiths would explain the commonalities found among Judaism, Christianity and Islam. ... The most striking commonalities are perhaps those found between the Coptic Church [Christianity’s oldest Church] and Islam.”

The above quotes are actually just the tip of the iceberg of what Ratnam has discussed in more detail about intellectuals, creativity and intolerance; of which at least one is very much obvious in a “certain country” (negara tertentu).

Ratnam has published three more books with USM Press: Technology and Society (1985), Rights, Freedom and the Civil Society (2003) and The Scientific Enterprise (2004).

It wouldn’t be long before “certain groups” (kumpulan-kumpulan tertentu) set their eyes on Intellectuals, Creativity and Intolerance and find it’s content offensive (every other thing offences them, anyway). Be prepared to see “peaceful” protests against this intellectual writing. Grab a copy before it goes to the axe.

Yes, I’m being a pessimist, but wait till you read what Ratnam has to say about that.

Oh! Dr Md Salleh mentioned in his letter that this book is available online at The USM Co-operative Bookshop Ltd and MPH Distributors sdn Bhd.

Dato’ K J Ratnam is now retired and lives in . Does anyone have his contact?
Catatan Minda Uthaya Sankar SB pada 7:00:00 am
Email ThisBlogThis!Share to TwitterShare to FacebookShare to Pinterest
Newer Post Older Post Home 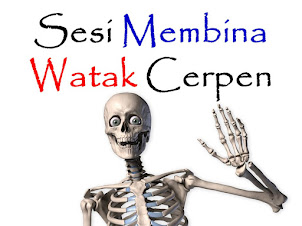