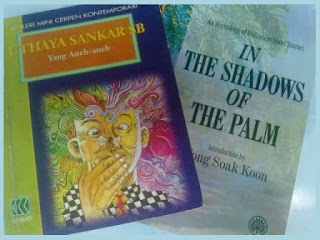 BEYOND my wildest expectation, the woman rushed to the window and jumped out. She had no problem in doing so since the window was wide open. If not, she would have suffered gashes on her body from the broken glass.

It was only after pondering for a moment regarding the woman’s daring act that I became a bit worried. Just imagine! She must have fallen down; from a room on the fifth floor of a four star hotel. She must have died instantly. If not, she would be badly injured.

Whatever may happen, they would be looking for me. The receptionist would remember my face from the time I asked for the woman’s room. If I were to delay any longer, the police would come to arrest me.

While considering all the possibilities, I approached the window and took a look outside. Let me admit: I began to feel excited at the prospect of being found guilty of the crime of killing that woman. It would be exciting to find the loopholes in the law to free myself from the charges. Or at least in rising reasonable doubt so that they cannot prove a prima facie against me!

So, you could probably imagine my surprise – and disappointment – when I could not see the expected crowd of people gathering down there. I took another good look and cursed in disappointment. It is true that the woman was not there.

I ran out of the room. I have to leave this room before something really bad happens. And to think that my tongue already nearly fell off when I was arguing with that woman just now! If I were to delay anymore, she might reappear to shave me bald.

When I was passing the receptionist’s desk, the young woman stopped me with her sweet voice.

“Could you please settle the bill, Sir?”

Of course I was taken by surprise since I was not the hotel guest. I came only to meet the woman. That was her room. Why should I pay?

“Hey, that isn’t my room. I just went there to meet a woman,” I tried to explain.

“I’m sorry, Sir. That woman has conveniently transferred the outstanding bill to your name, Sir.”

“When did this happen?”

Heavy hearted and utterly disgusted, I handed over five hundred ringgit in cash and quickly left the hotel. But before I managed to exit, the woman stopped me in my tracks. Her face, which for so long earned praises from my boss, has slight scratch marks.

“You broke my leg,” she said in a threatening tone.

“Hey, it wasn’t my fault! It was you who decided to be the daredevil and jump out of the window. Serves you right.”

“But you insulted me and my occupation.”

“Isn’t that so,” I said bluntly while trying to make my way out. The woman was limping on my left. “People like you deserve to be insulted that way.”

“Oh, so that’s your job? Seducing other people’s husband and extorting money?”

“It was your boss who was easily seduced.”

“Damn it. My boss regrets what he has done. Be off now.”

“But I have scratch marks on my face. And my leg is broken.”

“You should compensate me for my leg!”

“I will follow you everywhere. I’ll make sure everyone sees you being accompanied by a GRO.”

Angered by her threats, I immediately detached my right leg and gave it to the woman. While she stood petrified, holding my leg in both hands, I swiftly limped away.

(If you ever see – or ever get involved with – a GRO who has a hairy right leg, please take note that she is the woman I am talking about.)

On my way back to the office, I stopped at a spare parts shop and bought a prosthetic leg. I billed the cost to the firm. I believe I have every right to do so since I lost my leg while carrying out a duty entrusted to me by my boss.

(The above refined extract from “Strange Things” was translated from Uthaya Sankar SB’s “Yang Aneh-aneh” and published in In the Shadows of the Palm, 2009. Click HERE for more articles in English.)
Catatan Minda Uthaya Sankar SB pada 7:00:00 am
Email ThisBlogThis!Share to TwitterShare to FacebookShare to Pinterest
Newer Post Older Post Home