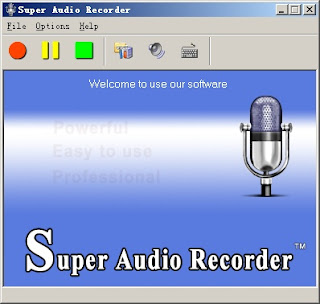 If you think you are a better story teller than you are a writer, here’s some advice.
.

"I often quote myself. It adds spice to my conversation," George Bernard Shaw was quoted in Readers Digest, June 1943. And I would like to use the same quotation because I know for sure that I do the same thing.

I often quote my short stories when explaining certain things about creative writing to young writers who attend my workshops. I refer to my own experience and my books.

I might refer to “Nayagi” in Siru Kambam (DBP: 1996) and explain the whole process of producing the short story: the idea, additional information, setting, characters, historical information etc. It’s easier when I’m talking from my own experience in writing rather than trying to explain how A. Samad Said wrote his Salina or how K.S. Maniam wrote The Return.

But at the same time, participants in the creative writing workshops, my friends, fellow writers and family members would have realised that I would never talk about a short story which I have not completed. The whole story might be hanging there inside my head. Everything is like a complete, edited movie: just waiting for me to write it on a piece of paper. But I will never tell the story to anyone; not even my wife and my children.

This does not mean that I’m being too stingy or too secretive about my writing. Not to mention of being afraid someone might copy my idea. No, that is not the reason.

You may get the same plot and characters, but the story will never ever be the same. If you’re lucky, you might end up writing a better story but it will be an entirely different story. You have written a new story; not the same story for the second time.

Losing a manuscript it one thing. What about writers who just love to tell stories? Verbally, mind you.

I have come across writers who tell me what they are planning to write. At times, they tell me the outline of the story and ask for comments. On the other hand, there are writers who just love to tell the complete story in detail. They narrate the whole story to me verbally, not in writing.

By the time they finish telling me the story, I would know exactly everything about that story, which they are yet to put into writing. I know the plot, the characters, the conflict, the dialogues, the ending. Everything.

Later, when the writer actually starts to write the story, s/he wouldn’t know what to write! There’s nothing left to write about that story. Even if s/he does manage to write the story, it would be a different version. Not a better one, though. The conflict loses strength, the characters lack characterizations, the plot becomes flat and the whole story loses its umph!

I don’t know much about psychology, but from my own experience, when something bothers our mind, we’ll try to express it to someone.

The same simple theory apply to writers. When a writer has something to say, s/he would express it through his/her writings. A creative writer would create characters, plot, conflicts etc to express his/her feeling, protest, idea, dilemma etc in the form of a story.

And if a writer chooses to tell verbally what s/he has to say, s/he is still satisfied. His/her thought or idea would stop bothering him/her; his/her mind. But that’s when problem starts. Since s/he has reached satisfaction by telling the story to his/her friend, his/her mind would start to relax; not bothered to pay the same attention when the writer finally starts to put his/her story into writing.

If you face the same problem, here’s a solution. This is what I often tell young writers and it seems to work better than I imagined. Whenever you start telling your story verbally to someone, record the whole thing on a cassette. Later, you can listen to your own energetic version of the story and write it down!

Or be more practical. Stop being a story teller. Write your story. Then talk about it; like me.