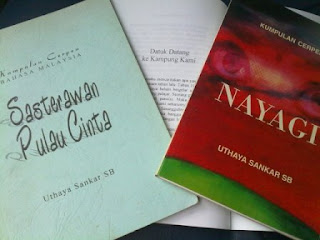 I am going to tell you about an incident which took place six years ago; in 1995.

I was not yet a writer then. I was still a student. Nevertheless, a student with an ambition to become a writer. So, when Datuk was scheduled to come to my village, it was considered something great. Of course everyone in my village was delighted and proud to be informed that Datuk had agreed to accept our invitation to officiate a literature event in Siru Kambam.

Being an ardent fan of literature, I just couldn’t wait to listen to the lecture which was scheduled for three hours. When a friend of mine informed me last month that the Indian Political Association (Pertubuhan Politik India; PPI) in my village was going to organise a literature talk in Dewan Besar Siru Kambam, I could already imagine that the path would be wide opened for me to meet an actual writer. I could already imagine being guided and motivated by a famous writer to have my works published in the near future.

Actually, I have started writing since I was in Form Three in Sekolah Menengah Darul Ridwan. I would ask my friends to read my works. They liked what I wrote. But I still couldn’t muster the courage to send my pieces to any publisher.

Anyway, that is an entirely different chapter. What I intend to tell you here is about the literature event in particular. At first, I almost couldn’t bring myself to believe that PPI of Siru Kambam would actually arrange for such an event. All this while, it only organised festivals, Deepavali Night, sports day, political speech (towards election), women’s gathering and other activities which would definitely be connected in one way or another to Datuk and his great leadership skill.

I should not be prejudiced, right? Instead, I should be thankful to PPI of Siru Kambam for inviting a well-known Malaysian Indian writer to deliver a lecture. Not to mention that his books are among my favourite. I adore the way he grabs themes related to the Indian community in this country and portrays them beautifully in his stories.

If possible, I’d love to follow his footstep. And him coming to Siru Kambam was surely a dream-come-true for me. The title of his lecture was also very intriguing:

“Malaysian Indian Writers and Readers in Bahasa Malaysia Literature: What for? Where are They? How Many of Them? Who are They? Are They Needed?”

Then came the scheduled date. Ever since two weeks earlier, the PPI committee members were involved in repairing and decorating the hall. Invitation letters had been sent out; especially to the Indian community – since the whole event was to be conducted in Tamil. I was told that the author himself had required to be allowed to deliver his lecture in Tamil. But his text would be in Bahasa Malaysia – since he lacks the skill to read and write in fluent Tamil.

And on that Saturday morning, the committee members looked smart in jibba and vesthi or lovely in saree. Since early morning, Dewan Besar Siru Kambam – which in reality could only accommodate around a hundred people – was made to look perfect in every aspect: the backdrop which declared Datuk as the special guest of honour who would officiate the event; the PA system checked and rechecked to make sure it was in proper working condition; chairs arranged in order. In short: everything.

While waiting for the event to start, some motivational and fast beat old Tamil songs were played on the cassette player. But a moment later, with the official permission from the President who was as anxious as a cat which just gave birth to her first baby, a young man started to play some other cassettes of the latest Tamil movie numbers. Songs from Annamalai, Baatcha, Muthu and Mannan were played over and over again.

The President of PPI Siru Kambam looked worried. I was already seated in the hall and reading a copy of the writer’s speech text which was being passed around to the audience. A group of Tamil literature fans were seated in a group and I could see them flipping through the photocopied text.

“How embarrassing,” grumbled someone in the group. “This event is organised by PPI. The speaker is an Indian. But this text is completely in Malay. How are we to read and understand?”

“It seems this fellow couldn’t write Tamil,” another person explained before adding: “I won’t be surprised if he delivers his speech entirely in Malay!”

“What is he going to babble about? Last time, we too have written many short stories and they were published in many Tamil newspapers. But we did not go around delivering speech to others. This guy is surely trying to prove he is smart! A real showoff kind of person. Does he think he would be able to deliver something extraordinary that we – the veteran Tamil writers – don’t already know?” 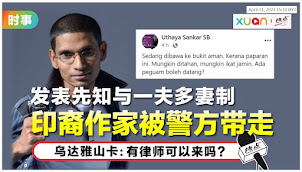 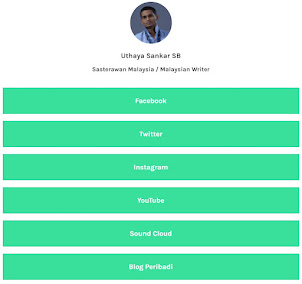