The Drama of Paul Lathic 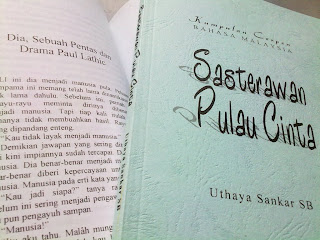 This time he was a human. He had indeed waited very long for such an opportunity. All this while, he had been begging to be given a chance to become a human. But each time, he had failed in his attempt. His pleas were never taken seriously.

“You do not qualify to become a human just yet.”

That was the answer he often heard. But this time, his wish had become a reality. He would be a human. He would really be an actual human. He had actually been trusted enough to be a human. A human in the real sense.

“Whom will you be?” Asked a friend who had often been the palace guard or the boat paddler.

“That, I know. And indeed I believe everyone around here already knows that for a fact since you have been going around telling everybody about it,” his friend grumbled. “Whom will you be; I mean which role are you playing?”

Which role am I playing? He asked himself. Ah! That is of no importance. The important thing is that I shall be a human in the next play.

In the past, he had always been given non-human characters. His friend was luckier because although he was just a palace guard or a boat paddler or an extra, his characters were still human. He on the other hand was more often given roles which required neither movements nor dialogues. Even facial expressions were not needed. He just had to stand – or lie down – without any movement or sound.

When he had first joined the troupe, he only expected minor roles. He was fully aware of the fact that he had neither experience nor knowledge about acting and stage. What he had was only keen interest. With that, he begged the director for a chance. Finally he succeeded in getting some minor roles.

The very first role given to him was that of a “mangkuk” – a bowl. Yes, the one that you use at the dining table. At first, he thought that perhaps the “mangkuk” character had some symbolic meaning. Maybe the “mangkuk” mentioned in the script did not refer to a bowl. Instead, it might refer to “a stupid person” in the Malay context.

Now, you see, that was his understanding and expectation. But he was proven to be entirely wrong. The “mangkuk” role given to him was nothing more than literally a bowl. He was only required to squat on a dinner table throughout the play. That was exactly where he had to sit and stay from start to end.

Perhaps someone in the audience might have imagined or expected the “mangkuk” to have at least a minor acting role in the stage drama. But as it had turned out, he was only part of the props with no significant role or importance. Anyway, he was not too upset because he was fully aware of the fact that he was still very new to showbusiness.

Much later in life, he became a “pokok pinang” – a betel tree – in another stage play. Actually, he wasn’t the only one. There were around seven of them. All they had to do was stand still on stage. A few other actors presented the play with these trees in the background or foreground. Even that was only for a single act. The other scenes in the play used some other background where some other actors became the props.

That’s how things had been for the past four years. He had played the roles of almost every non-breathing character. He had been a chair, a table, a tree, a lamp post, a wall. … Once, he was a “burung hantu” – an owl. He was asked to run from the left side of the stage to the right side – twice – while flapping his wings. That’s all. Then he just had to go backstage. Done. The others who played other roles took care of the rest of the show.

He smiled proudly since he could very well guess that the wish was meant for his success in being offered to play a human in the next stage drama.

“The director says that you’d be playing Paul Lathic,” his friend added.

“Paul Lathic? I don’t believe this! Am I to become the legendary Paul Lathic?!”